BUILDING INSPECTOR/ZONING ADMINISTRATOR
Jeremy Pfeifer, Office-262-629-1774, Cell-262-689-7346
Email - This email address is being protected from spambots. You need JavaScript enabled to view it.
Please go to the FORMS tab at the top of this page to find building information and applications.

TO BE PUT ON AN UPCOMING MEETING

You must notify the clerk 2 weeks in advance of the next meeting to be put on as an agenda item.  Meetings occur on the 3rd Wednesday of every month.  Please plan accordingly.

ELECTION INFORMATION:  PHOTO ID IS REQUIRED FOR ALL ELECTIONS

A short video explaining the importance of the Census

TOWN OF WAYNE TRANSFER STATION:  We are OPEN during the COVID-19 (Safer at Home) agreement 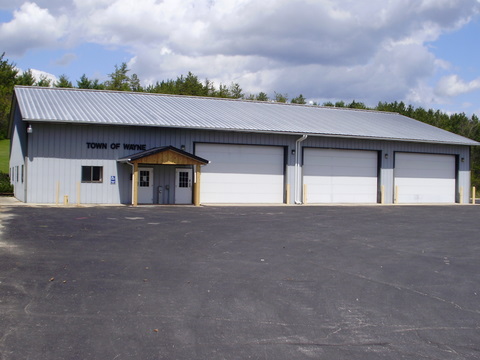 Welcome to Wayne, Wisconsin.  The town of Wayne was originally settled in 1848 and was named after U.S. General Anthony Wayne of the Pennsylvania Battalion who is famous for commanding the forces of Fort Ticonderoga during the American Revolution and founding the "American Lite Corps." (Revolutionary Special Forces).

Wayne’s earliest settlers were a combination of German, Irish, Scottish, French, and English settlers.  Attracted to the area by the rich soils, resources, and abundant farmland, these early settlers became the founding fathers and mothers of our three hamlet areas: Wayne, Kohlsville, and St. Killian.  Today Wayne is a beautiful, rural town surrounded by rolling hills, rivers, and many small ponds.  Residents enjoy the pleasantries of country life combined with convenient access to the larger communities of Kewaskum and West Bend.

Email: This email address is being protected from spambots. You need JavaScript enabled to view it.